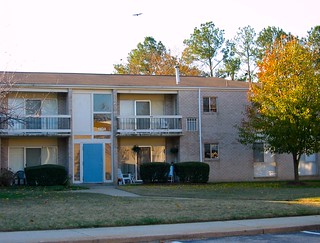 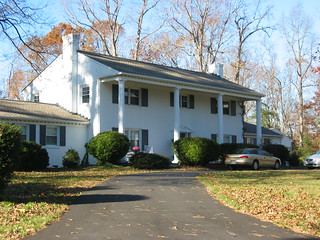 Yorktown resident and owner of the famous and now-defunct Nick’s Seafood Pavillion, Mary Matthews, placed a religious icon of the infant Christ in the capsule. (Matthews and her husband, Nick, donated the land upon which the Victory Center was built.) Other items that went in the capsule include local telephone books and various gold and silver United States currency — all to be opened in April 2075 as preparations for the Tricentennial get under way.

There’s scant information about the event on today’s Internet. The reports I was able to find are a scan of The Free Lance-Star dated April 16, 1977, a scan of The Danville Register from the same date (shown, in part, above), an earlier pre-write from The Yorktowner dated January 6, 1977, and a document entitled Report of the Virginia Independence Bicentennial Commission 1966 – 1982 [PDF], giving an overall rundown of the celebratory events across several years.

The two photos included in this post were taken by me personally, at age 5, being held up by my father. The photos were taken with Kodak 126 film and recently scanned on a home HP scanner.

I’d love to hear accounts from anyone else that was in attendance on that spring day back in 1977.